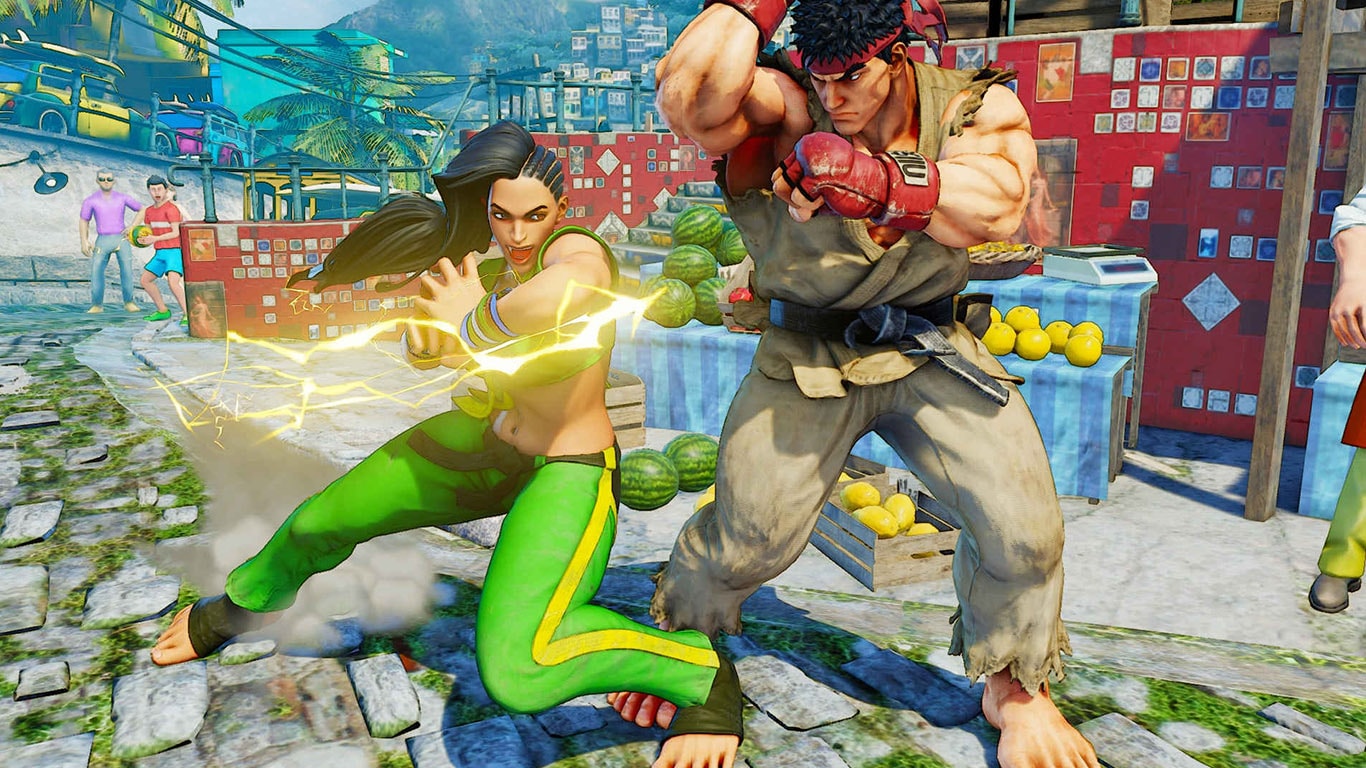 Nowadays, fighting games aren’t that popular, and many of them aren’t AAA titles at all, but does it mean they are bad? Not at all! Although many fighting games are developed for consoles, there are great games for the both worlds- PC and consoles, and we’re going to mention some of them soon, but first, let’s see what the fighting games actually are. The fighting game is a game where the gameplay mechanics focuses on hand-to-hand combat, typically melee combat, with or without elements of shooting and sometimes RPG.

Top Fighting Games of All Time

They are usually played in 2D perspective, with some of them having realistic 3D rendering, and the gameplay is focused on fast-paced and accurate control of the characters, rather than graphics. Below is the list of 11 best fighting games ever.

Mortal Kombat series is one of the best fighting game series of all time, with no bad games in it. Mortal Kombat X is no exception. It’s the newest Mortal Kombat title, released in 2015. Upon its release, the game received lukewarm reviews, and many praised new, improved animations and streamlined gameplay with top-notch optimization. This game will run smoothly even on low-end machines, despite its gorgeous graphics. The characters from classic Mortal Kombat franchise made their return here, along with the other characters which are available in DLCs that aren’t from Mortal Kombat universe. When talking about multiplayer, this is the most played fighting game at the moment. 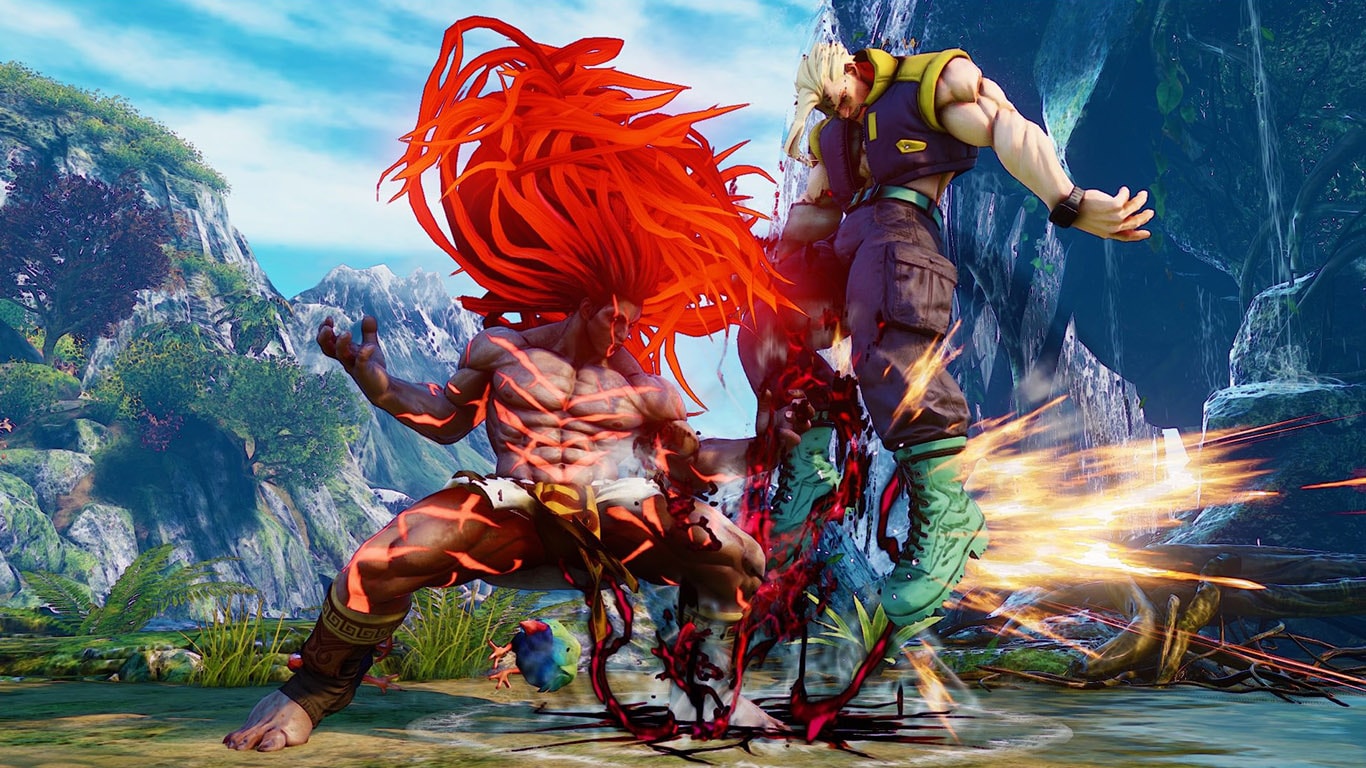 Street Fighter, much like Mortal Kombat, represents a great fighting game series. This time, we are talking about Street Fighter V which is more focused on hand-to-hand fights, instead of using various powers that can deal damage from the distance. There are over 30 characters from the Street Fighter universe, and a great story in singleplayer mode, which we highly recommend you try. Street Fighter V is released for PS4 and PC, plus there is a support for cross-platform play, making it a great game for testing skills even with players on consoles. 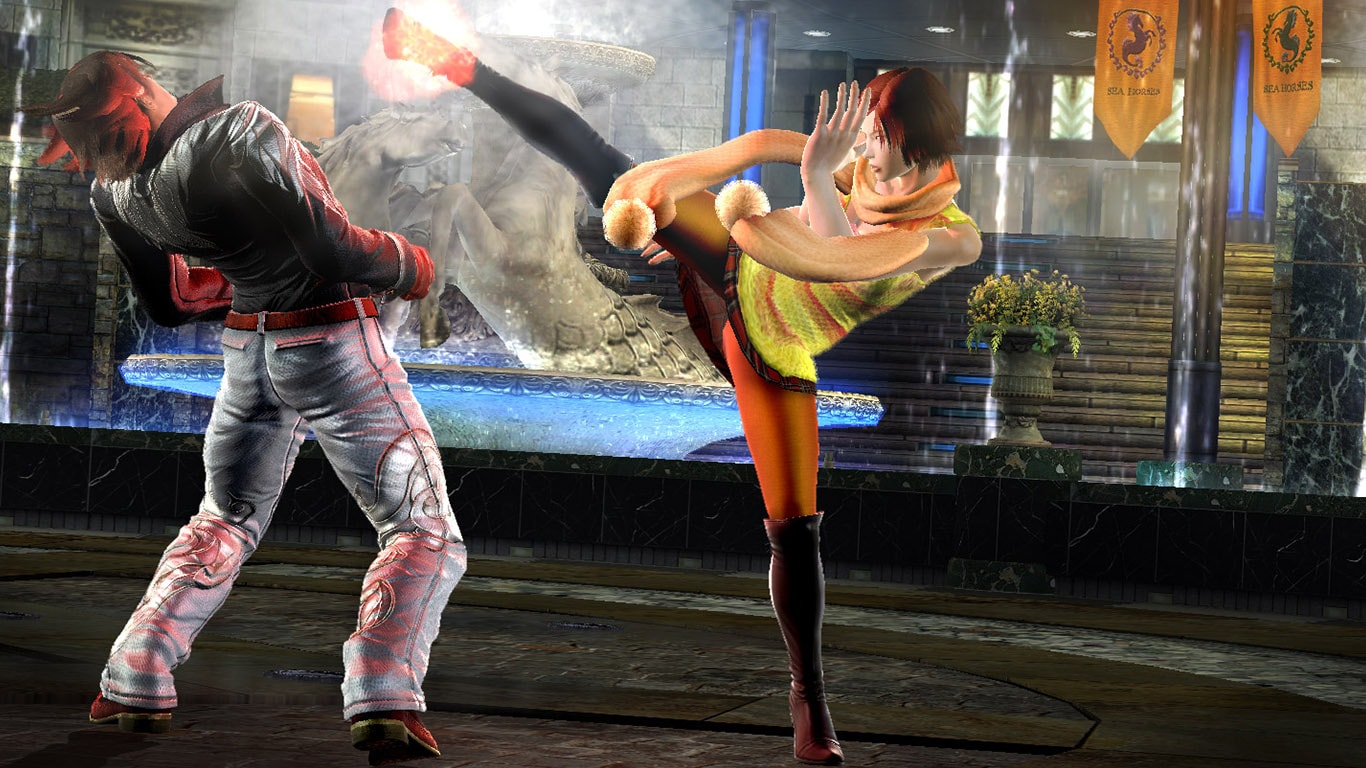 Could this list be complete without mentioning Tekken game? Definitely no. Because Tekken 7 didn’t make its way to PC and consoles yet, we decided to pick his older brother Tekken 6. Tekken 6 made many improvements over the older titles, with enhanced hand-to-hand combat and much bigger stages, with a possibility for interaction. As for the characters, there are a few new, but mostly there are the older characters, which isn’t bad because they are still badass. If you think you’ve mastered this game, try multiplayer, and well… see it for yourself. 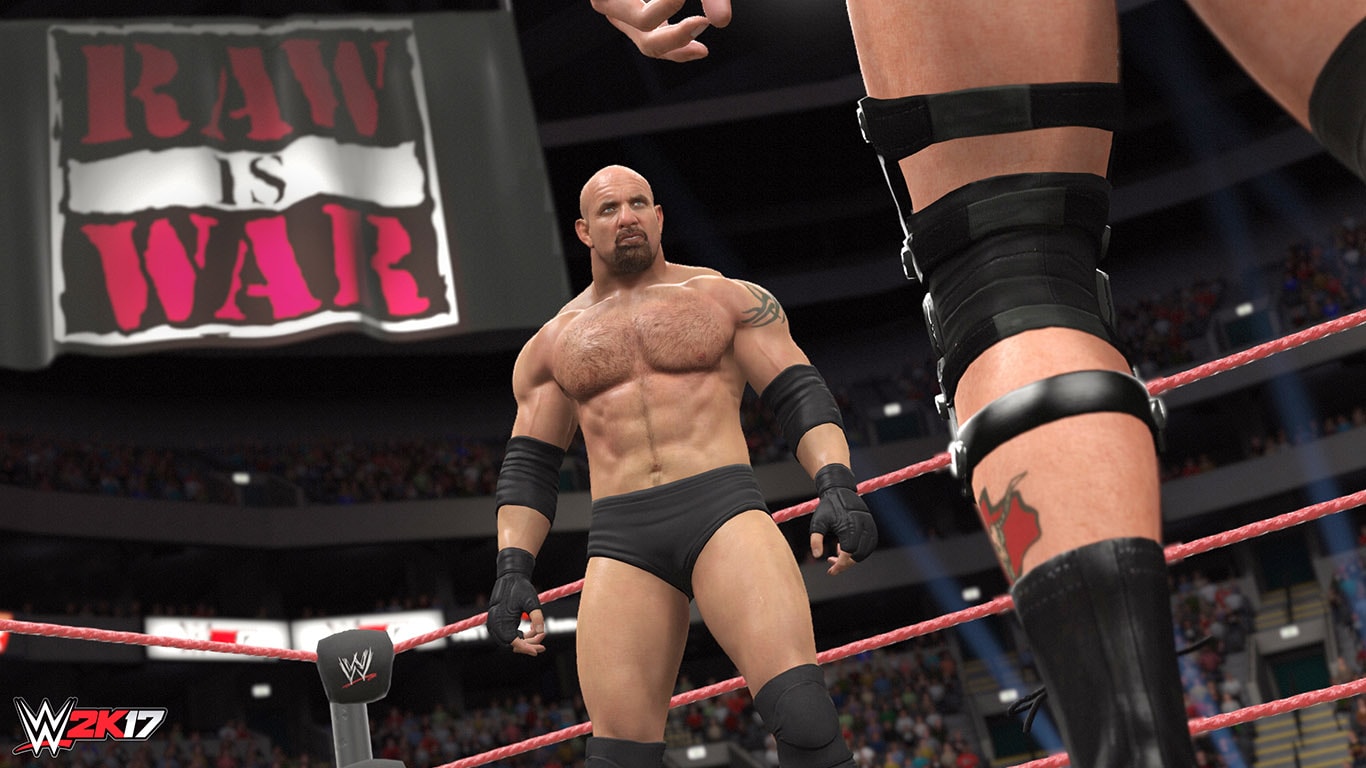 WWE 2K17 is a wrestling game based on WWE series we all (hopefully) love. WWE games usually didn’t receive any lukewarm reviews, but this game is the best in the series in our humble opinion. It has a multiplayer, a career mode or single fight where you can choose any fighter and select condition in which you want to fight. In career mode, however, you can build your own character and fight against the real-world fighters. Overall, a great experience for WWE and wrestling lovers.

5. Injustice – Gods Among Us 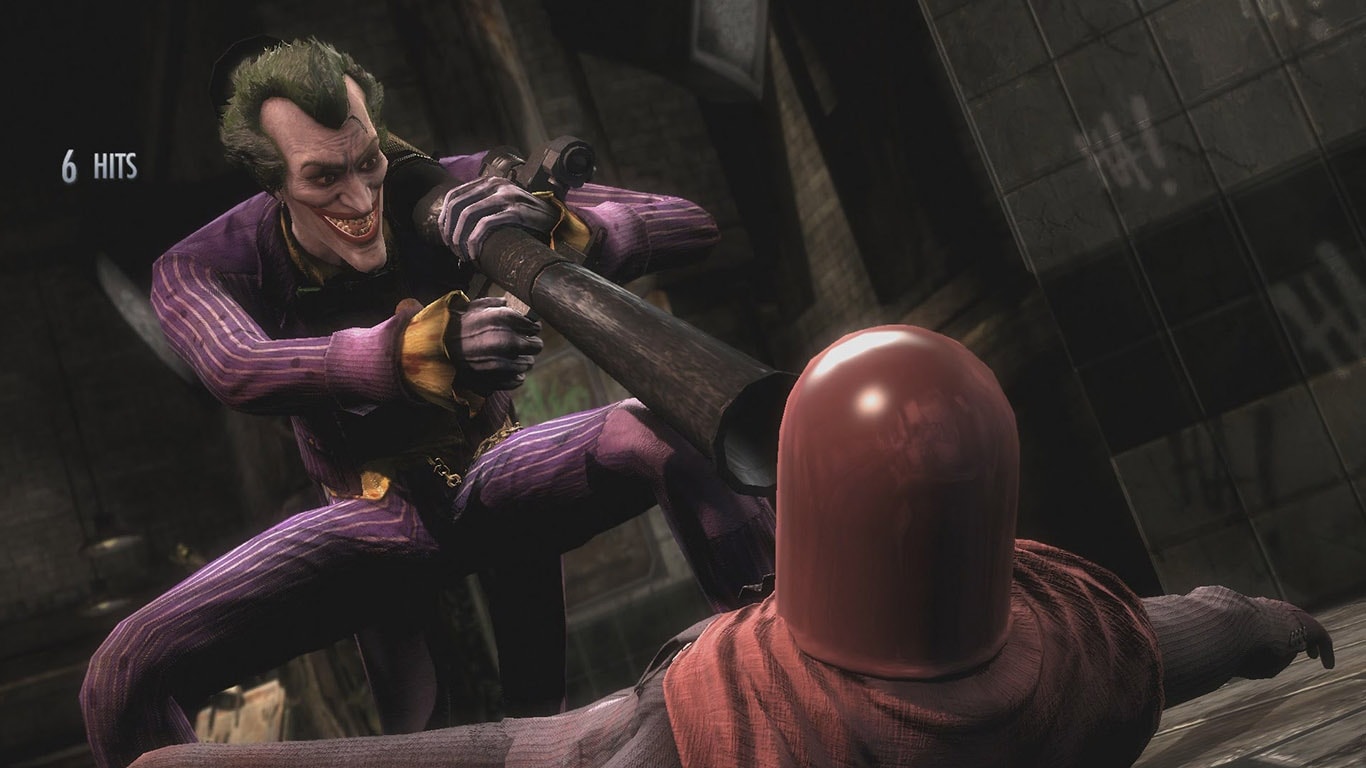 Netherealms made its return after Mortal Kombat 9 with Injustice: Gods Among Us, and proved that they are the best when it comes to fighting games development. This game follows the same game principle like Mortal Kombat series, with great visuals and single-player campaign where the player is introduced with some of the best characters from DC Universe. Aside from Batman, Superman, Aquaman or Green Lantern, there is an addition in form of Scorpion, the most famous Mortal Kombat character and he is pretty powerful here though. 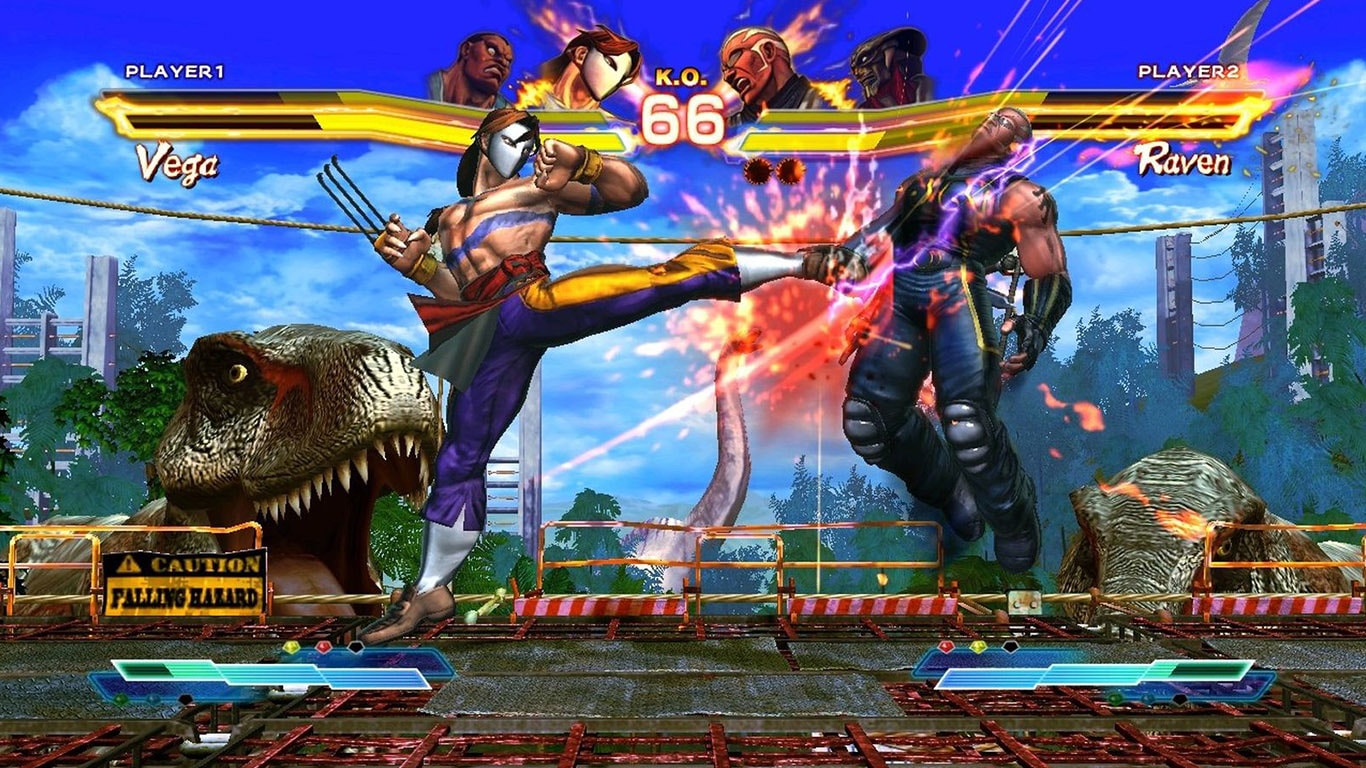 What could go wrong with the combination of two best fighting games? Well, in this case, definitely nothing. Street Fighter x Tekken combines best of both worlds in a game that is a pure classic when talking about this genre. There is a single-player campaign here, but the real highlight of the game are the tag-team fights, where the player can choose 2 fighters and fight against the other two AI or player controlled characters. 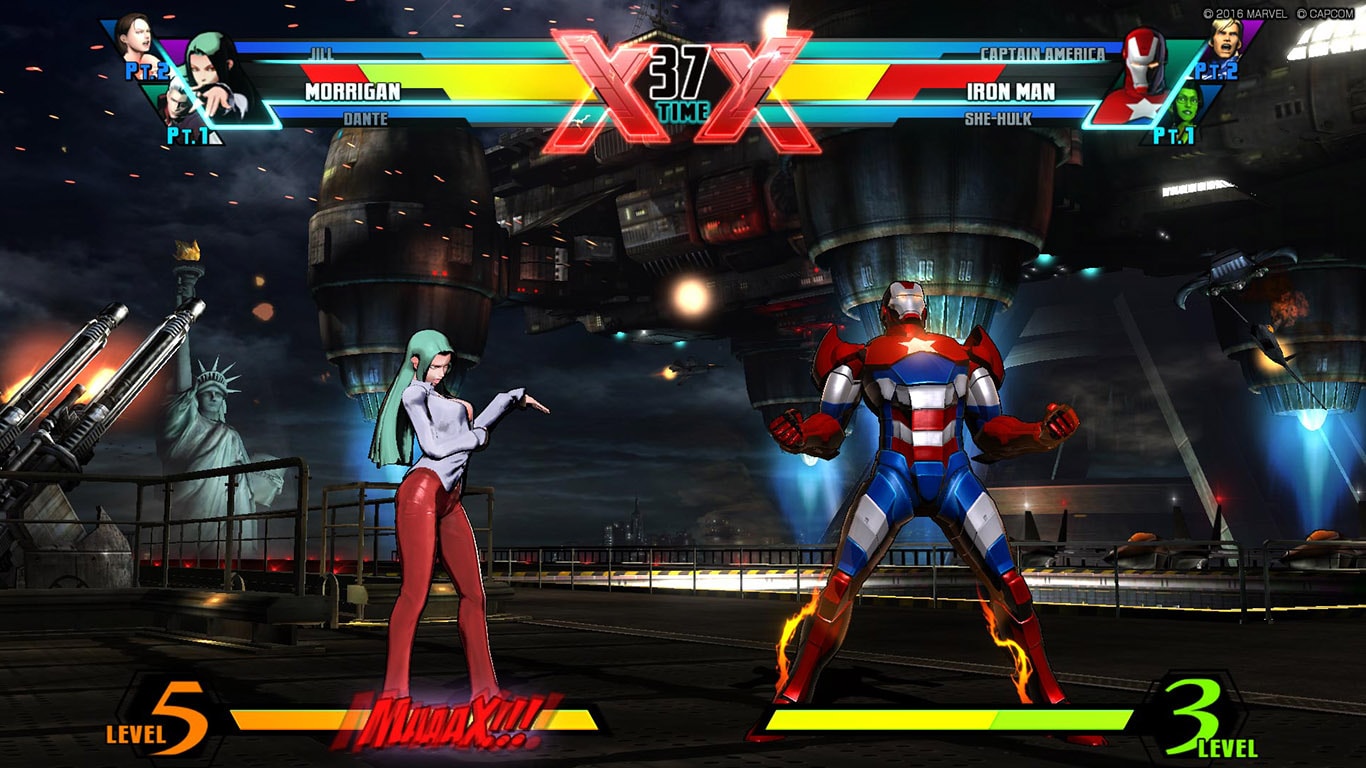 Like the previous game on the list, Ultimate Marvel vs. Capcom 3 is a crossover fighting game, that combines best of both Marvel and Capcom worlds. It is a great improvement over the past games in the series and has quality graphics and gameplay. The focus here is on fighting 3 vs. 3, which means that the player is able to choose 3 characters. This, however, doesn’t mean that they fight all at the same time, but are eliminated upon loss of the match. With multiplayer introduced here, you can’t go wrong with this game. 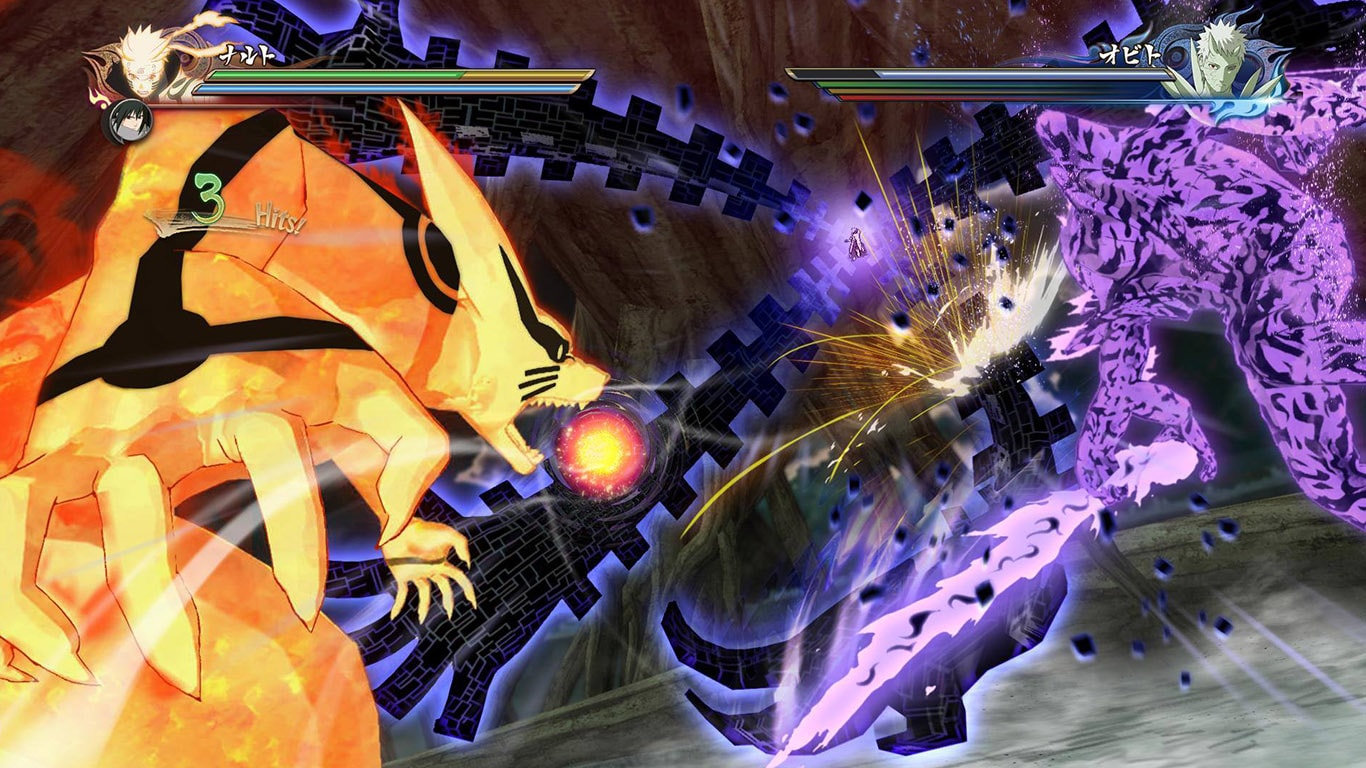 Naruto Shippuden: Ultimate Ninja Storm 4 is everything you want from a fighting game, that is based on famous Naruto TV series. Its graphics aren’t one of the best, but the cartoonish look of the graphics and animation seems interesting here and looks beautiful. On the gameplay side, controls are responsive the gameplay is fluid and overall satisfying. The game follows the story from its predecessor, but it isn’t necessary to play it, as the story is good and understandable most of the time. For the most part, this game is fun as hell and will keep you playing for a long time. 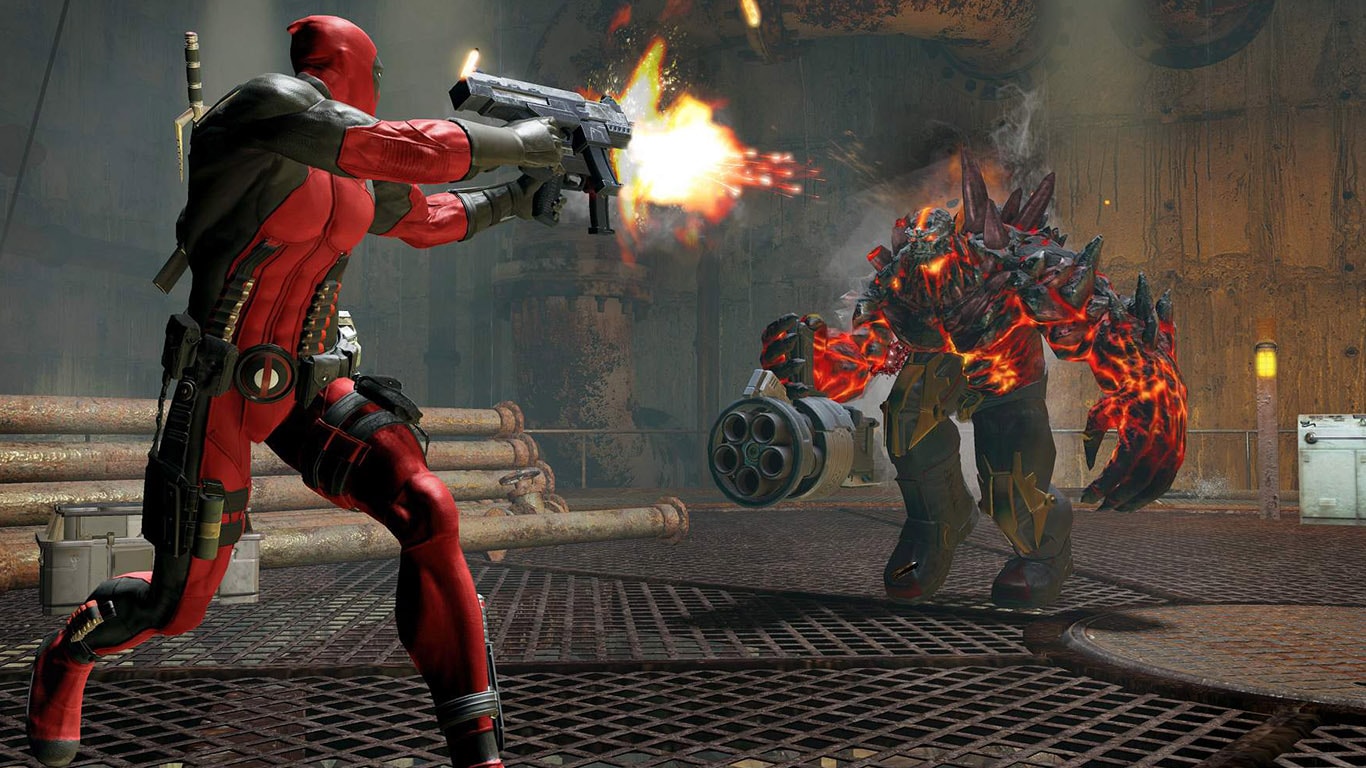 Deadpool perfectly combines humor with the fighting elements thus creating a unique fighting game. It’s based on a Deadpool comic, and while there aren’t some breath-taking visuals, the game has a fair gameplay mechanics and satisfying story. Deadpool is equipped with swords and guns, but as the player progresses through the game, various weapons are unlocked, with one of them being a plasma gun. If you are a Deadpool fan, feel free to jump right in the game, as it’s now cheap on Steam. 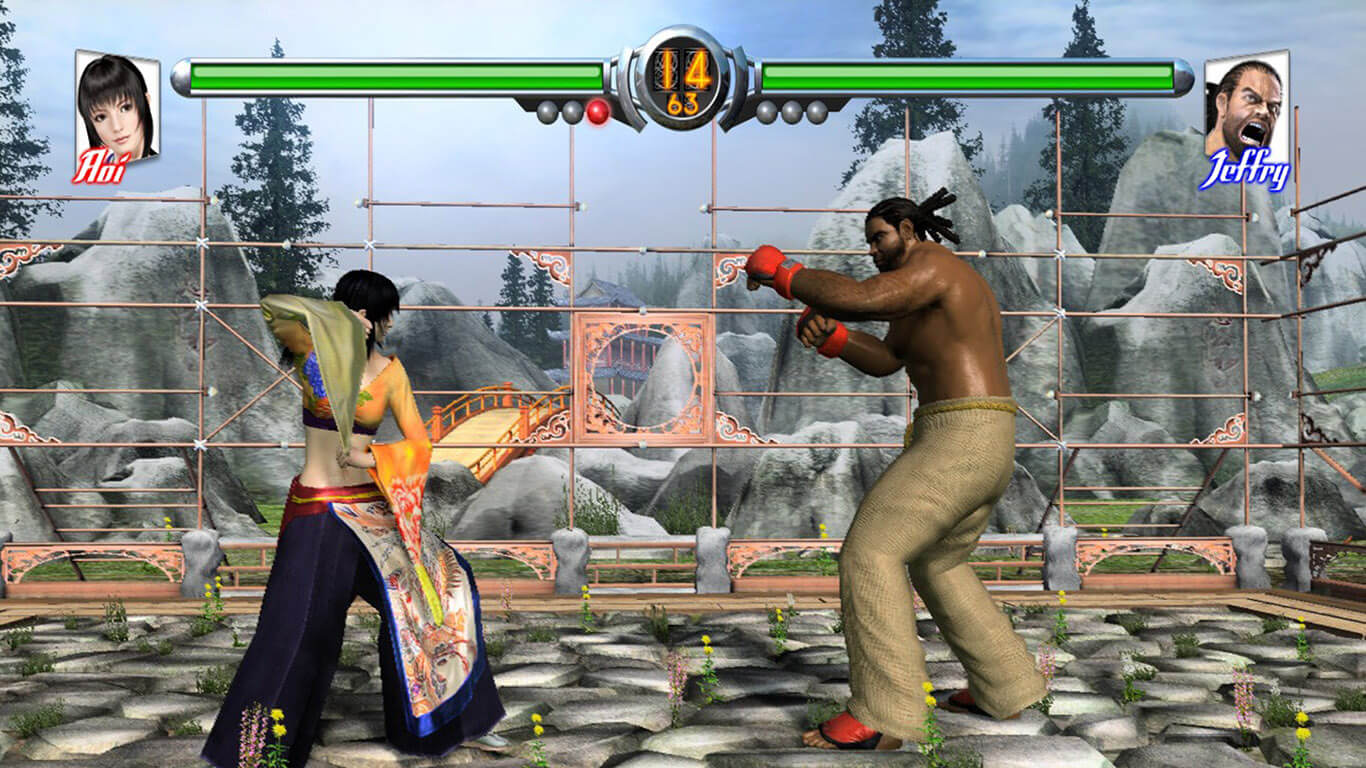 Virtua Fighter 5 Final Showdown is nothing less than a perfect combat game to prove your fighting skills. Like any other games on this list, this one also deserves some respect for its great gameplay and easy controls. A little different from some of the fighting games on this list, the VF5 allows users to test their skills using the Dojo mode. So, if you are not enough experiences with the game, the game itself will guide you through the gameplay. Numerous catchy moves, easy controls, amazing characters are all making this one perfect game for fighting lovers. 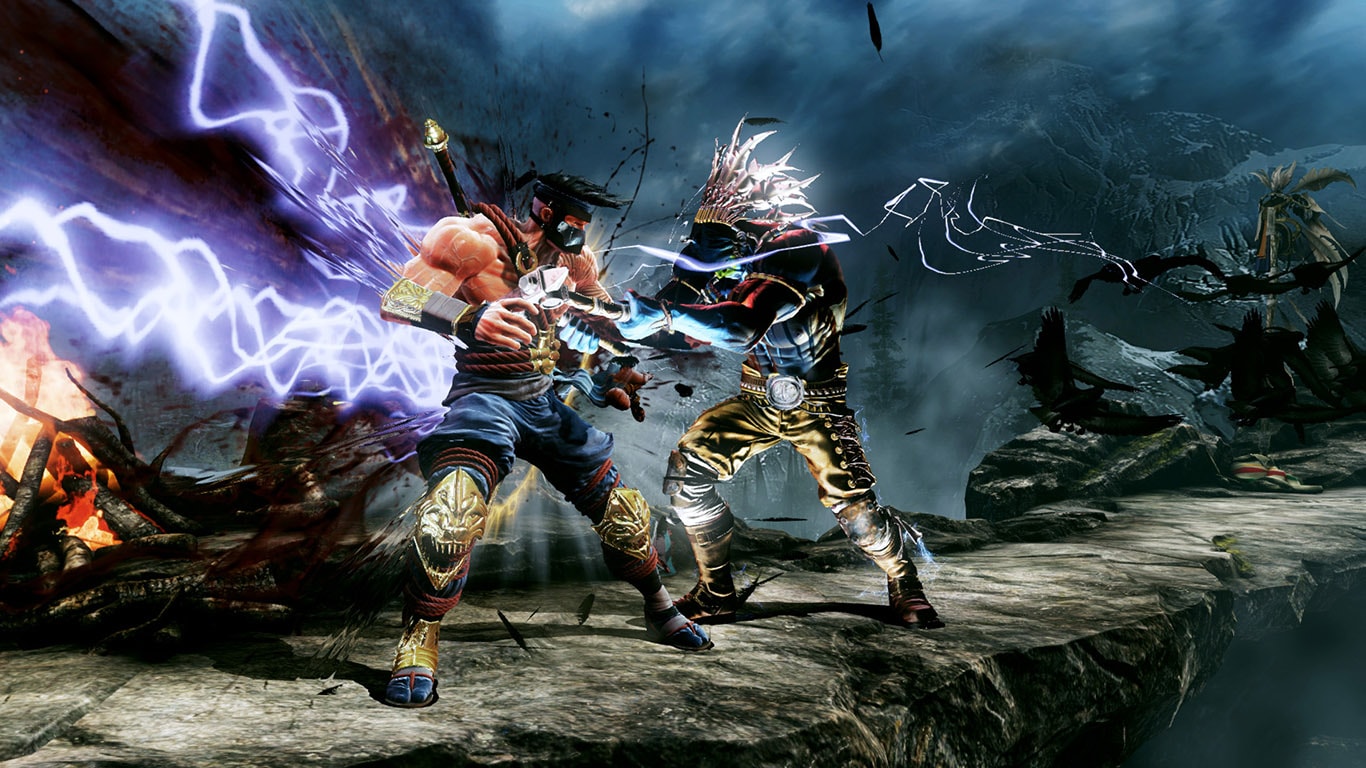 For the end, we decided to put a free-to-play game, and before you possibly complain, this is a pretty good FTP game! Killer Instinct is a fighting game that is focused on using combos, and there are several types of combos player can use. On top of that, for defense, there are Combo Breakers which the player can use to stop the opponent when attacked. There is single player with lots of interesting characters with cool back plots, and multiplayer which is now at its best, as the game is updating regularly. If you don’t have the money to afford aforementioned games, this free-to-play option is great for having hours of fun.

Which one of these best fighting video games will you choose?

We are curious to know that which one of the above-listed fighter games will you choose to play on your gaming PC, laptop, or console? Let us know through your feedbacks. You can also suggest any other games which we should include in this list. We will add them if it is appropriate for this fighting games list.