You are here: Home / Best / Best Racing Games of All Time 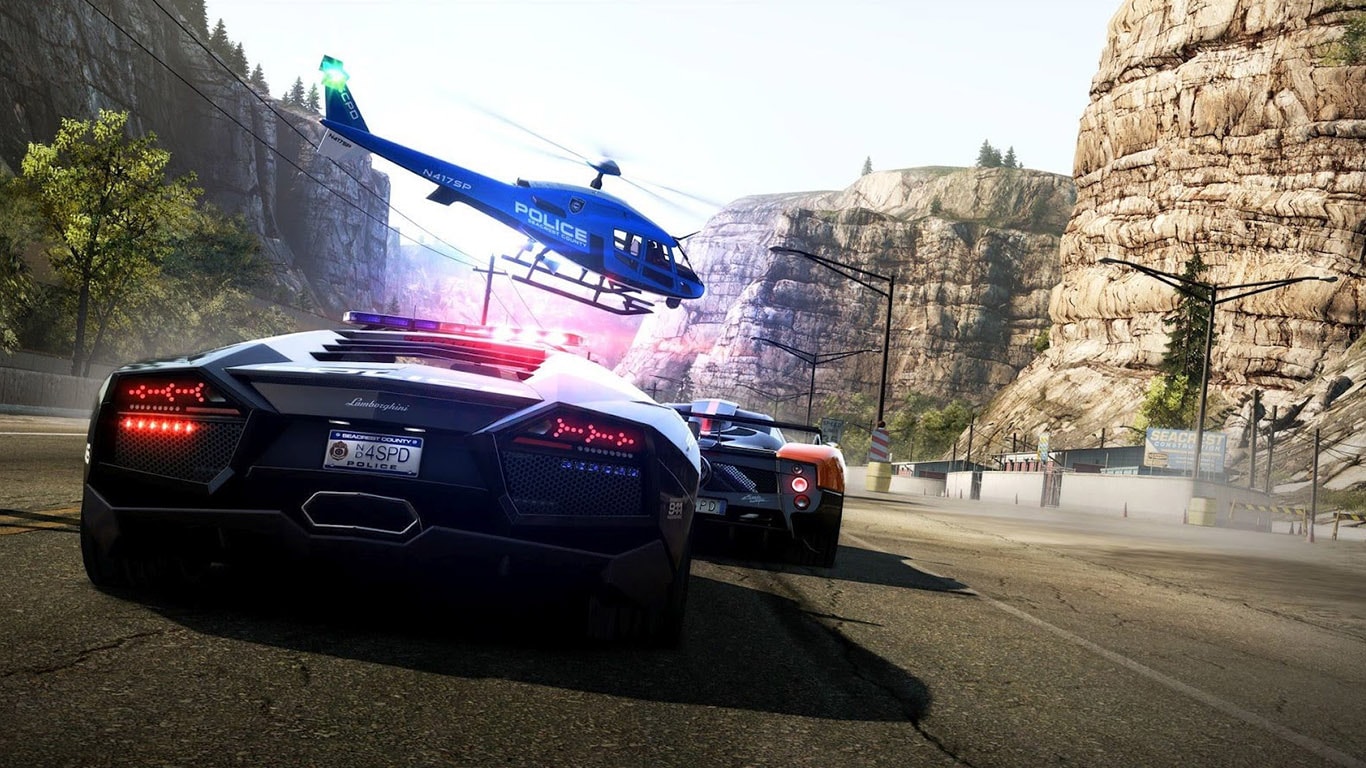 Racing games are all about speed, fast cars, roaring engines and tracks that can seriously challenge the players in order to beat them. This genre of video games is one of the most popular, however, more often for the singleplayer purposes. Some of the best racing games are usually arcade racing games where the focus isn’t on realism, but more on the street racing, customizing vehicles, collisions with other racers and sometimes an interesting story. On the other side, there are simulation racing games with no story whatsoever.

These games require some serious skills to be played and are usually less popular. With all this in mind, let’s check 10 best racing games at the moment. 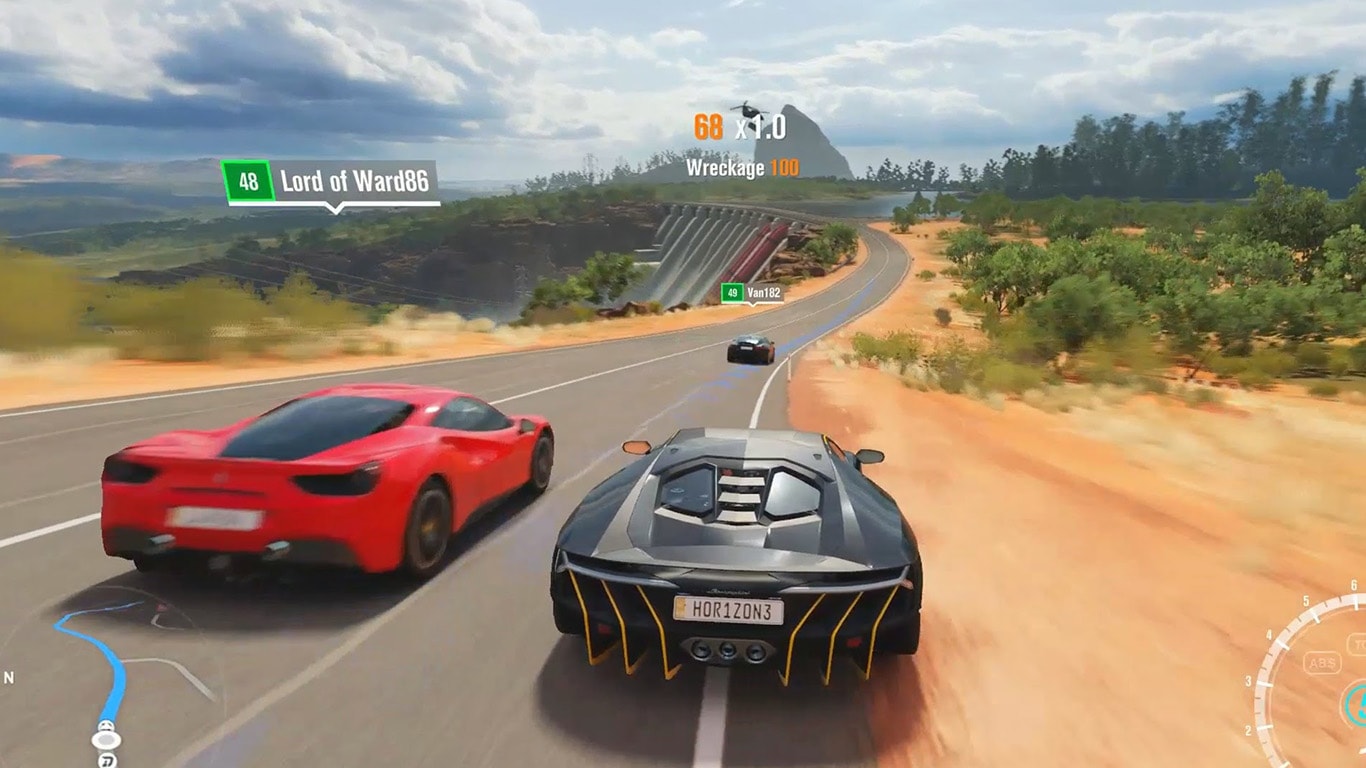 Forza Horizon 3 is the latest title in the series and also the newest AAA racing title at the moment. It’s focused on open-world racing and supports cross-platform play between the two consoles, this time Xbox One and PC. As we said, this game is open-world, which means that the player can race across the entire map or free roam with other players at any time. There are numerous races to unlock and check, and many of them can be off-road, which is a great addition to Forza Horizon 3. Driving mechanics are great and are a combination of simulation and arcade, with various camera angles available, even the cockpit camera. With multiplayer being the main part of the game, Forza Horizon 3 will bring you many hours of fun racing alone or with the other players online. 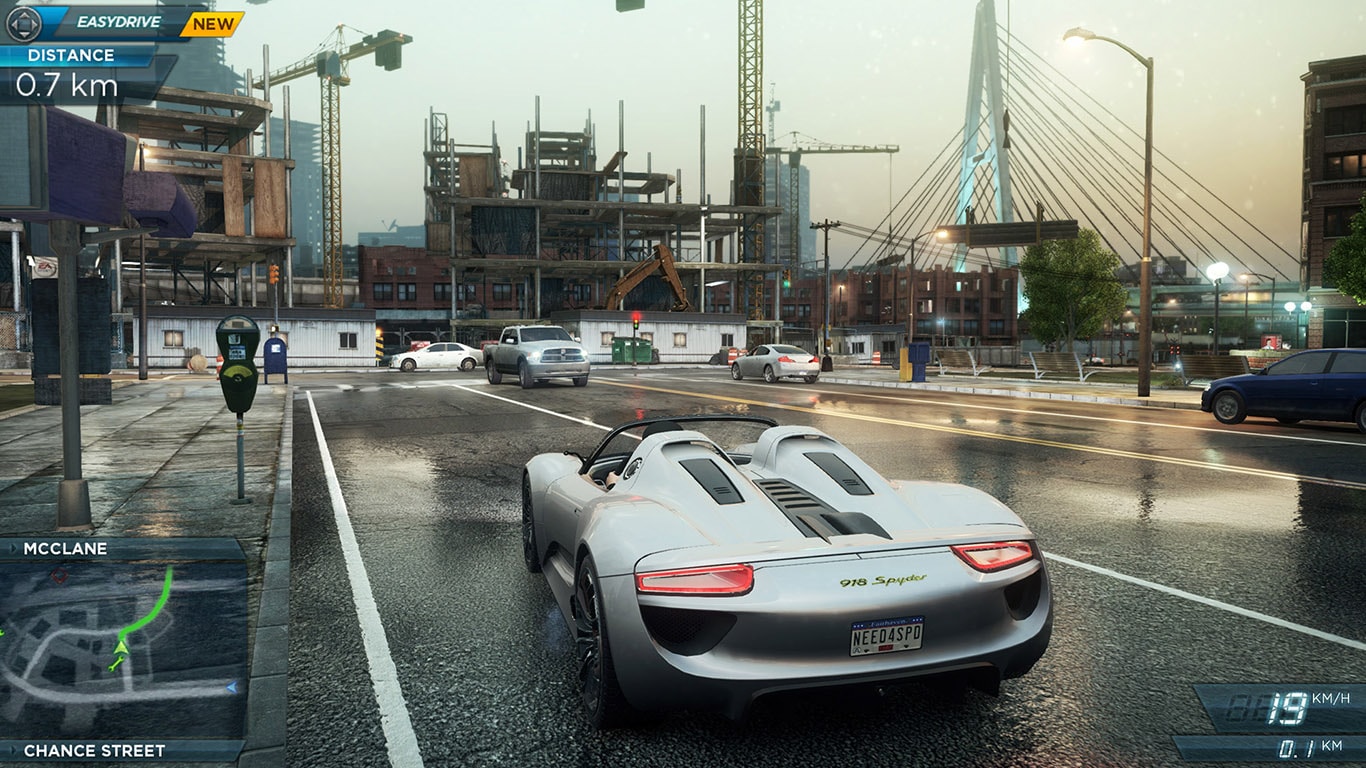 We decided we’ll go with the one Need for Speed game for this list, and surely, Most Wanted 2012 is the best in our opinion. This game looks and plays phenomenal! Its huge open world and cars scattered around it make this game challenging for players, as they need to locate the cars around the map. The environment is urban, with lots of traffic, so it can be very difficult to evade the collision, especially in cop chases. This requires of player to have great driving skills in order to beat everyone from the Most Wanted list. Cars are divided into tiers, which is great for multiplayer and easier for finding the right rivals online, that suit your driving style.

Although this game was released back in 2004, it’s still one of the best racing simulation of all time. The driving mechanics in this game are a pure simulation, and there are some settings which can be tweaked to make it easier or even harder. As for the cars, this game has one of the biggest cars list ranging from the low tier to exotic and hypercars. Tracks are also licensed here, and some of them are Nurburgring, Suzuka Circuit ant Twin Ring Motegi. For the game that was released back in 2004, these features are top notch, and if you own a console like PS2, don’t hesitate to try it out. 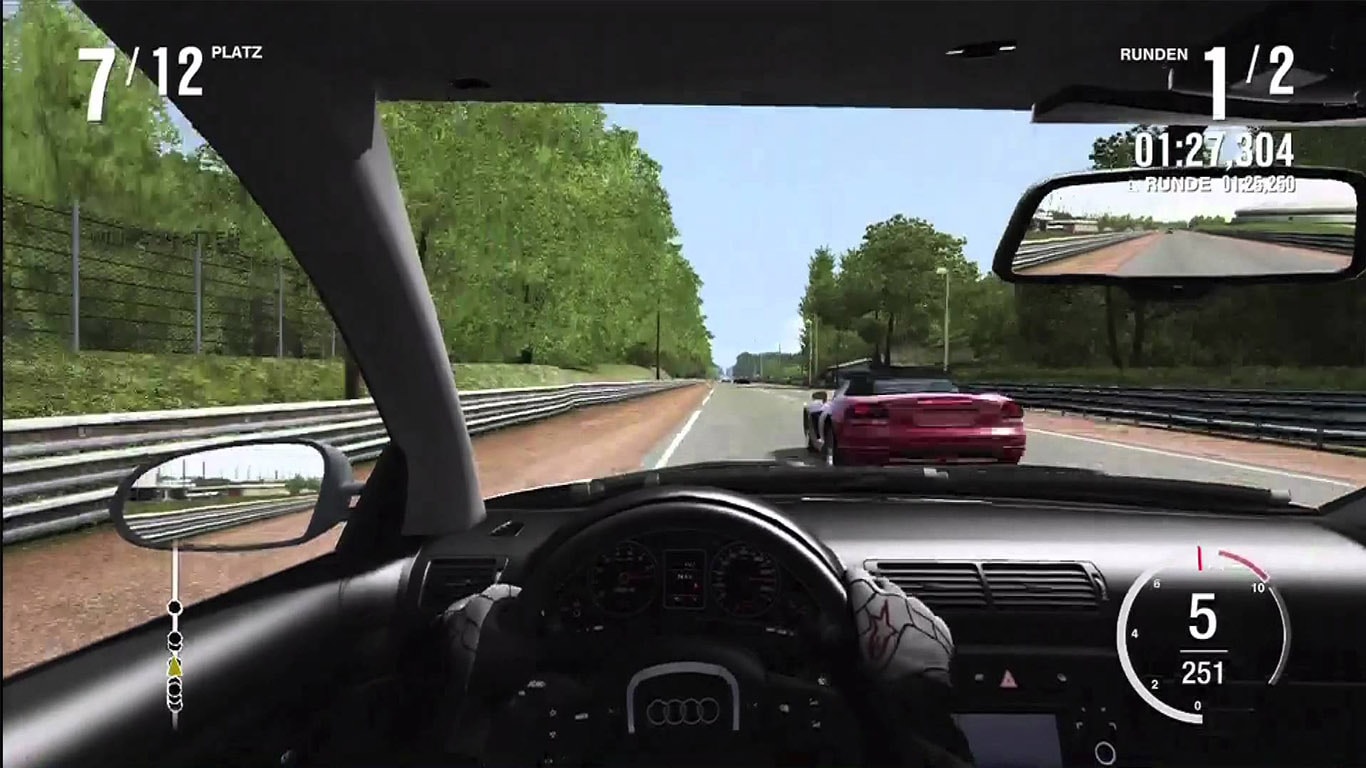 Forza Motorsport 4 is an Xbox exclusive released in 2011, for Xbox 360. This game represents one of the best sports racing simulation out there with a great focus on realistic car handling and look. Graphically, this sports game looks phenomenal with the attention to tiny details that only the top AAA racing games have. There is a multiplayer available, so it’s easy to get into contact with other players and start racing. 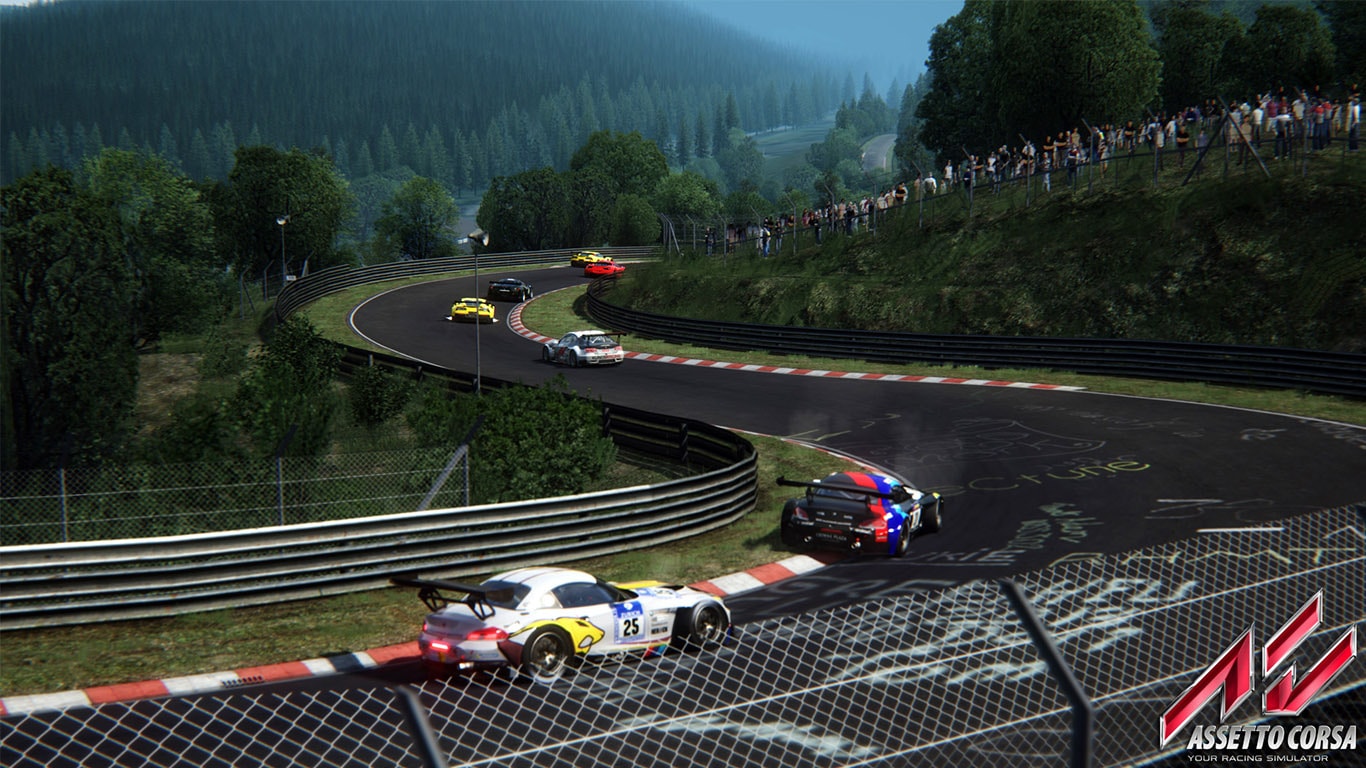 Assetto Corsa is a racing simulation game, developed by Kunos Simulazioni, an Italian developer. This is one of the most demanding racer games on this list, simply because it looks stunning. The car models and driving mechanics are top notch and more realistic than ever! On top of that, there is a wide variety of cars to be chosen and many mods to download, as this game is open for players to create mods. Overall, a nice racing experience, even better when played multiplayer. 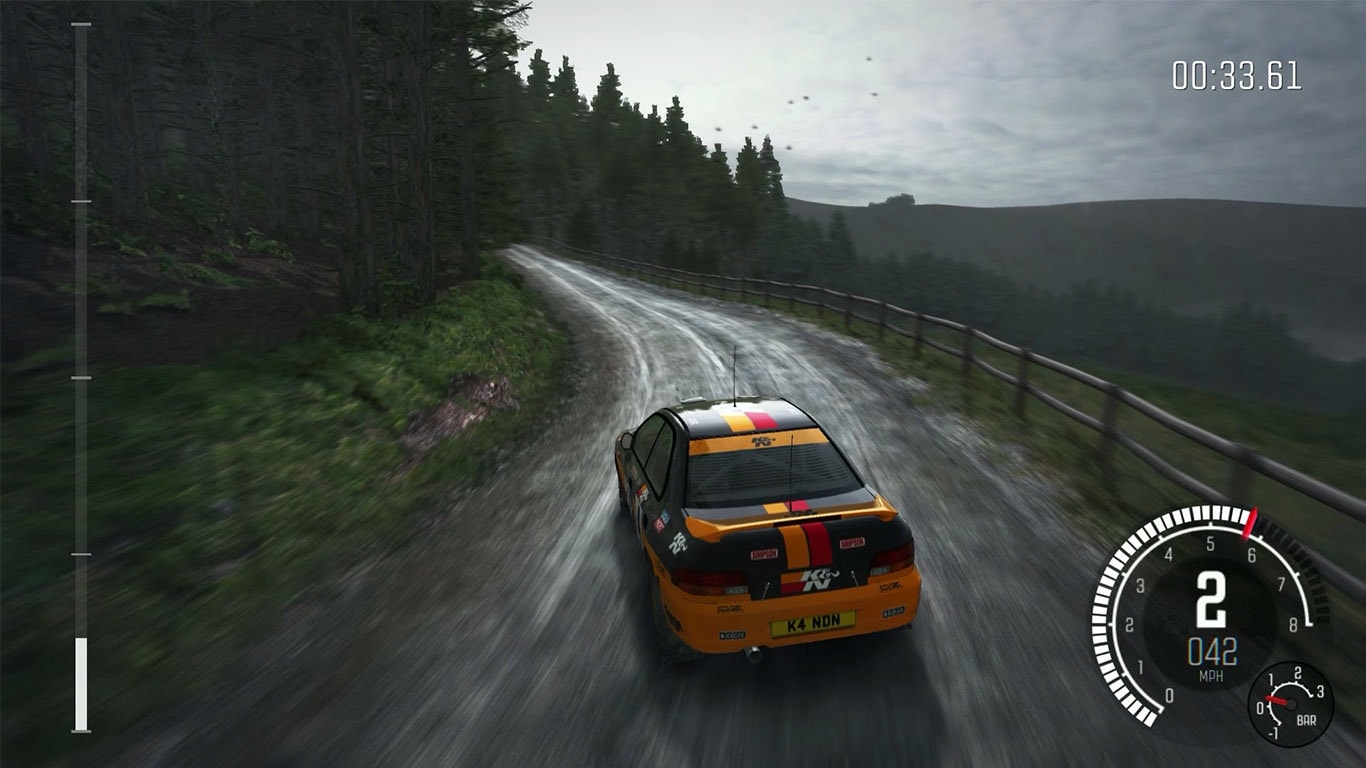 Rally racing game is something not to be missed on this kind of list and Dirt Rally deserved its place on our list very easy. It definitely is the best racing game you can play at this moment, with great visuals, realistic physics and lots of content. There are many real-life tracks from countries like Portugal, Germany, Sweden, etc., and they are all different in terms of driving style required to beat them. Multiplayer is a nice addition in this one, making a Dirt Rally one of the best racing games as we speak. 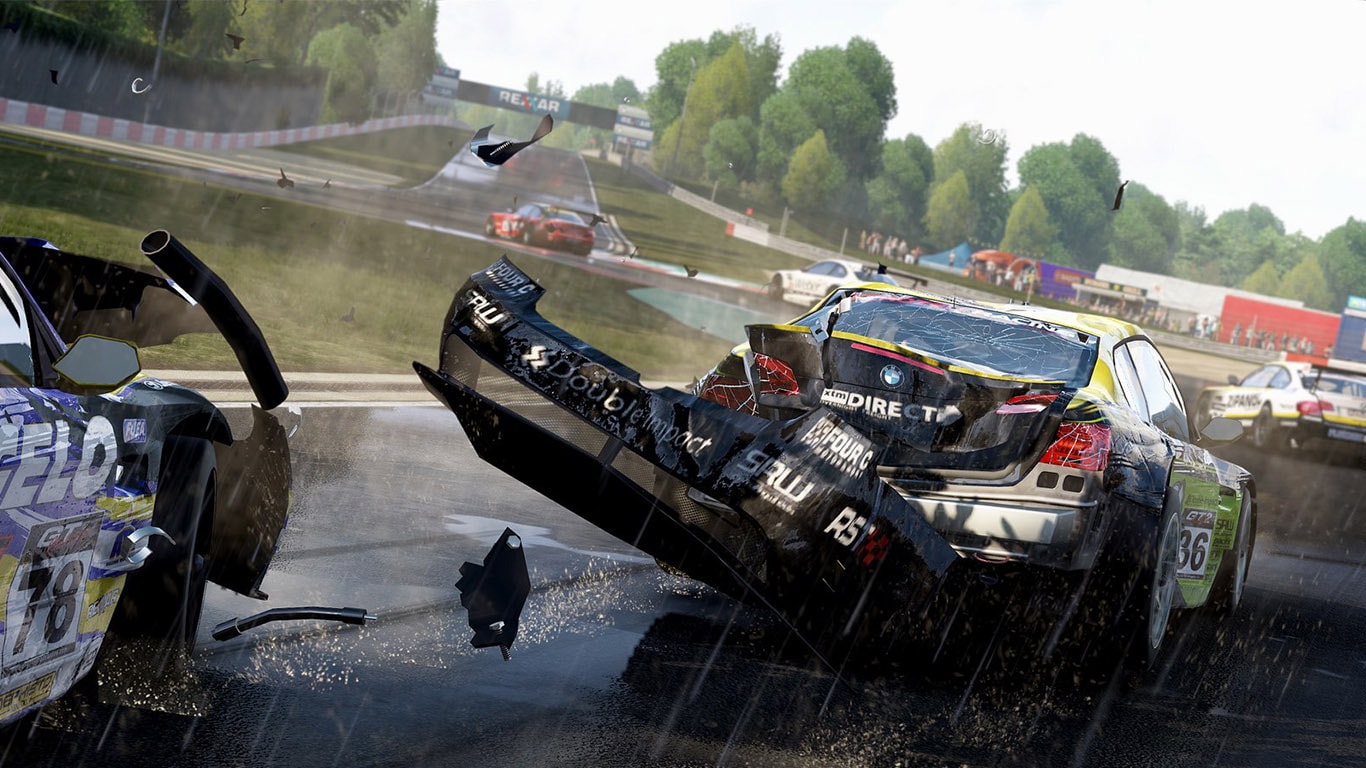 Project Cars is another racing simulation game, and it’s a lot similar to Assetto Corsa for example, except for the modding part. This game looks beautiful, but thanks to great optimization, it can be played on lower-end machines. If you liked Assetto Corsa, this game will be great and refreshing for you. 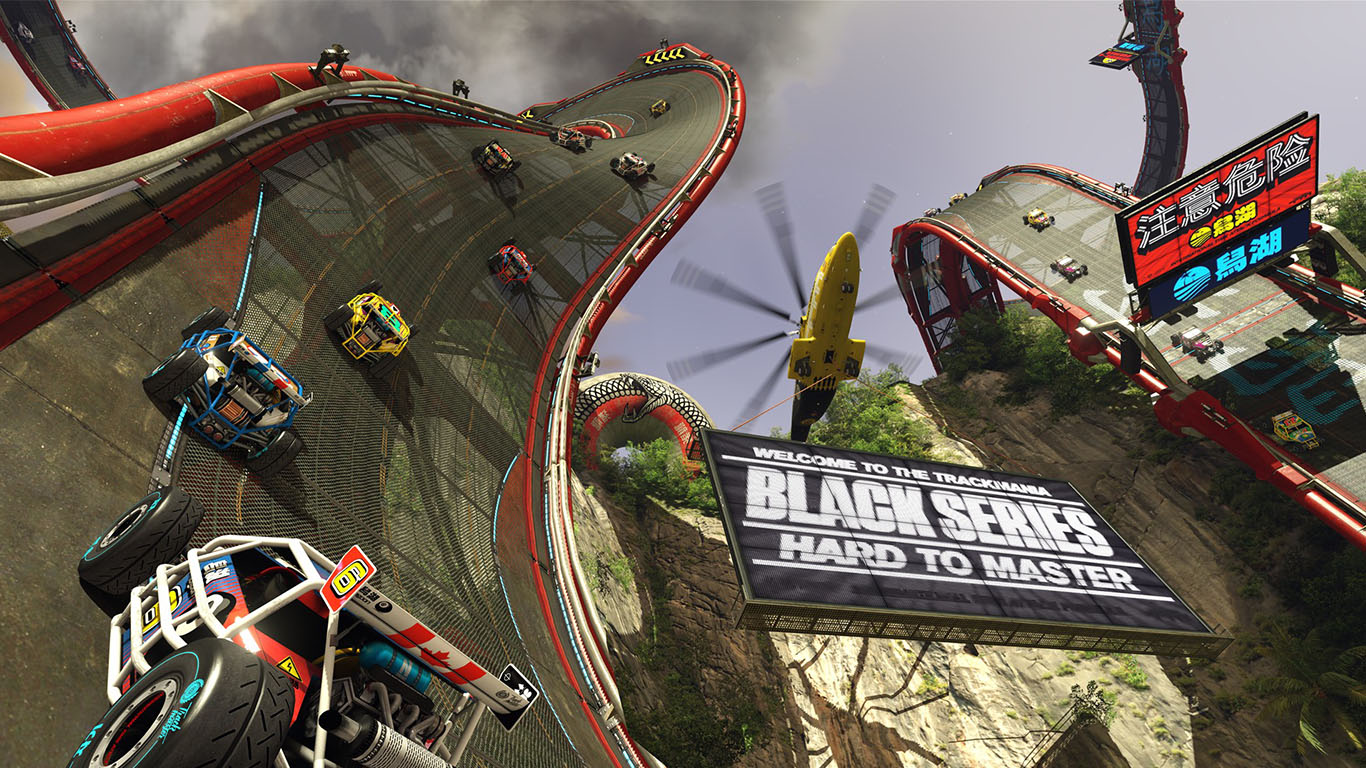 Trackmania Turbo is a low-budget arcade racing game published by Ubisoft a few years back and also the most authentic game on the list. It doesn’t have licensed cars nor real-life tracks, but instead custom cars with some extremely hard tracks based on off-road terrain.  The goal here is to beat the time for the gold medal and proceed with the unlocking of new tracks and car upgrade, which, unfortunately, are just visual. Nevertheless, if you like fast-paced racing with lots of adrenaline, you should grab this one! 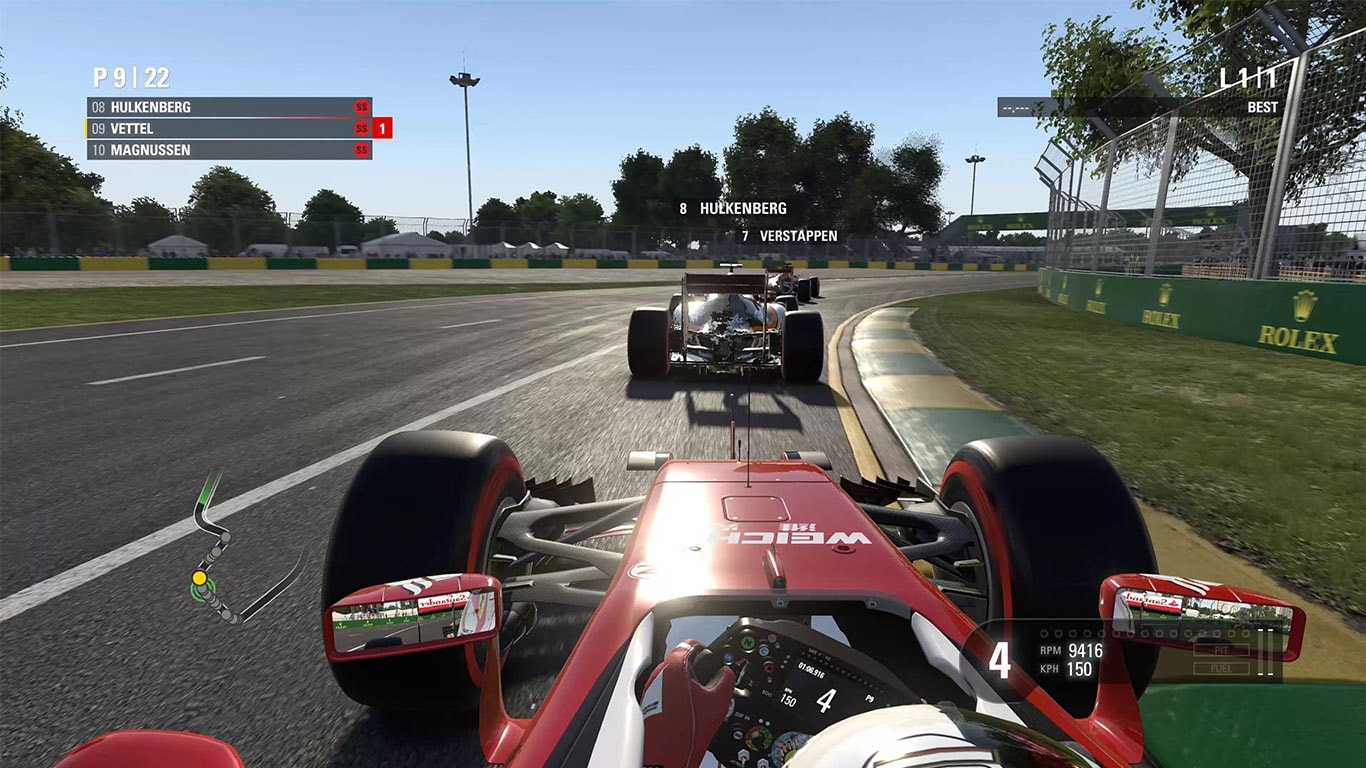 F1 2016 is the best installment in the F1 series, with the best looking Formula 1 vehicles and overall gameplay. The player is put in a role of Formula 1 driver where he can play custom races or indulge in Career mode, which is interesting and intense, with the dynamic weather system and improved AI. The player can encounter any weather from sunny to heavy rain, making it harder to drive. Also, there is a great multiplayer, and the servers are at the moment very active, which is great for jumping in the game right now. Finally, Grid 2. There isn’t much to be said about this game, aside from being racing simulation, but not quite like Assetto Corsa. Driving mechanics in Grid 2 are for the bigger part simulation, but there are some arcade elements here and there, which isn’t bad by any means. Anyway, the graphics are great, and optimization is top notch. There is multiplayer mode available, with many other modes like Career or custom race where you can practice in singleplayer and test your driving skills on various tracks and in various condition.

Which is your favorite racing game of all time?

We have listed too many racing games in the above list. Which one of them was your favorite? Will you go for the first Forza Horizon games or the NFS series? Let us know your thoughts on this list. Also, if you have any good racing game to include in this list, let us know that too. We will have a look at it and will include it once we found it is better than any of the above-listed car or bike racing games.