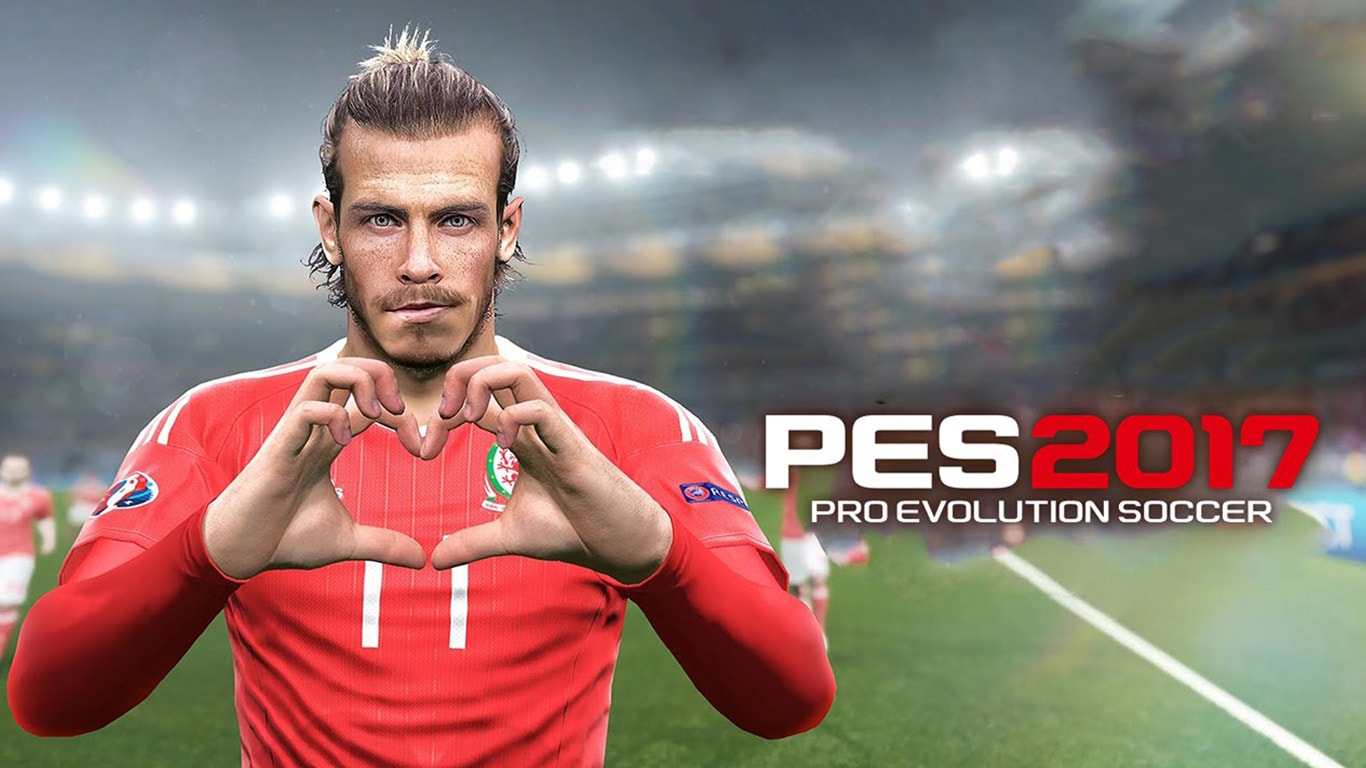 If you are as football-obsessed as a majority of the population of this planet, then there are really just two recognized ways to sate your soccer fever- FIFA 17 and PES 2017.  These two rivals have long been waging their own secret and footy wars on each other. And excitedly kicking us, our money and emotions back and forth between them with their spiked boots. With their battle arena being in magnificently fulsome online and print ads, video gaming consoles, and PC devices. Nor does the fast-and-furious battle show any sign of drawing to a close or even being negotiated to something resembling a weary draw anytime soon. Instead, the show -and war- must go on.

Ardent fans of both sides have additionally never lost the opportunity of deriding the other and mocking them as heretics who know about as much of the beautiful football game as a donkey knows how to solve algebra. With the launch of this year’s PES 2017, fresh battle lines have been drawn, reps feverishly buffed and weapons honed and readied for battle. Next year, expect the cycle to repeat itself. So, here we are reviewing PES 2017.

Well, is the new PES all it’s cracked up to be? Should the likes of FIFA and EA start worriedly looking over their shoulders at the approach of their bitter enemy arraigned in finery and seeking to steal new fans to itself? Maybe. And maybe not. For 2017 the great guys at Konami have presented us with a grandly reloaded game the stuff epic dribbling orgasms are made of. But the jury is still out on whether or not it’s much of an improvement over last year’s ultra-magnificent series. Still, we did notice some improvements. Here they are: 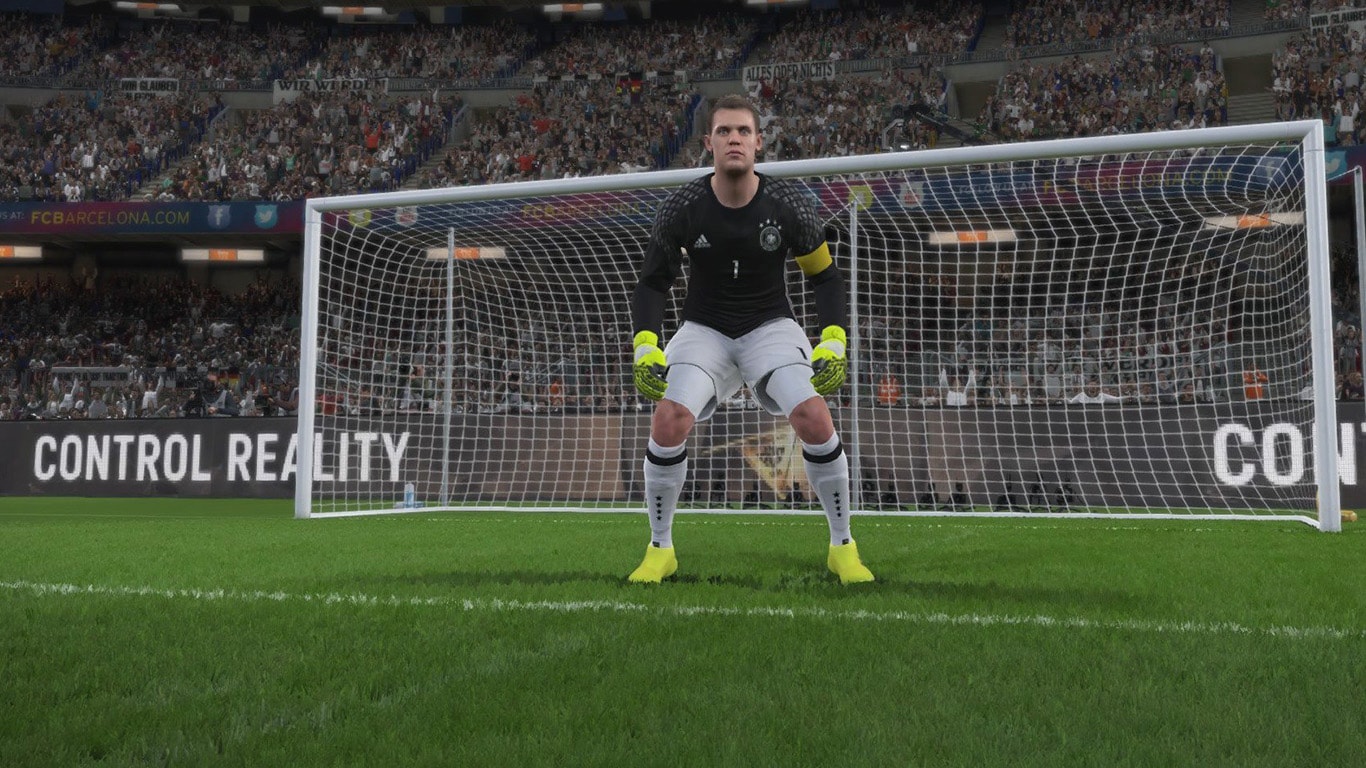 Well, yours truly have never been a fan of goalkeepers being liable to making outstanding whoopers now and then for no obvious fault of mine. Or theirs really. It’s just the result of some coding gone grievously wrong. As sometimes happened on PES 2016 to my everlasting mortification. Especially when seeking to school my mates in the science and art of sweet soccer. Only to see the tables quickly turned and get my ass handed to me on a silver platter.

Luckily, among the first things you get to notice about this year’s game is the much-improved quality of goalkeeping. In fact, the goalkeepers seem to have been gifted a new and better brain and are thus better able to react to the ever-dynamic on-pitch action. And also assert a charming personality and individuality all their very own. They spectacularly pull off all manner of acrobatic saves and show more than enough intelligence and foresight for you to really start thinking of them as actual flesh and blood people rather than some obscure if brilliantly tweaked lines of code. 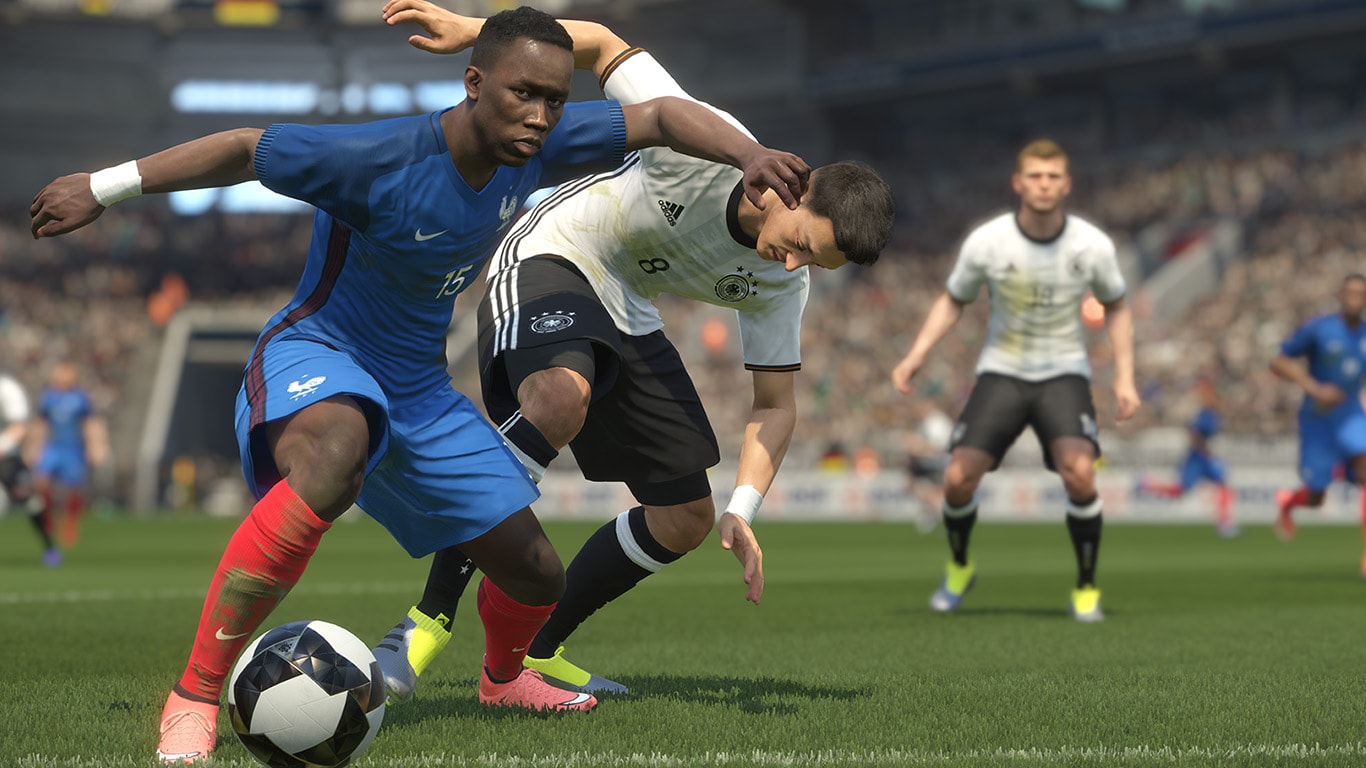 For this year’s PES edition, Konami have really outdone themselves with their AI and it’s abilities. When facing them expect to get in the fight of your life as they will seamlessly and ultra-flexibly react to your tactics, substitutions and pretty much every little thing you do in a bid to make you bite the dust. They are not infallible, nor will they throw a game to please your ego. Similarly, the graphics have been ramped up and you get players who actually resemble the real deal rather than looking like a dressed-up robot.

This football game overall has been made much more interesting and engaging. Dribbling, shooting, tackling all feel near effortless. However, your moves will depend on the skill levels of your player. So, don’t be expecting miracles or a player who has never pulled a stunt in real life to suddenly get magic feet just because that is what you want. More, this well might be the year and the game that Konami has chosen to showcase how awesome dribbling can be. The controls to do so are now easier, both to execute and memorize.

Sure it really makes no impact as to how the game is played. But there is no denying the thrill we feel when controlling the likes of Man City. Or the Red Devils. However, that is not going to happen, at least not on PES 2017. With bitter rival FIFA 17 hogging the vast majority of licensed teams and leagues, all you get in PES 2017 is the poor man’s imitation, with familiar teams given outlandish names. So, don’t be expecting to see most of La Liga and EPL teams. If that’s a deal-breaker for you, my condolences are on offer. Still, you are considerately given the option of importing self-made ‘Option Files’ to keep your teams as up to date as your mother-in-law’s tongue. Slowing down the beautiful soccer game online is patchy connectivity, which is a real pity as it offers you the opportunity of testing your skills against other equally rabidly-fanatic players. While you can use myClub -which mimics the Ultimate team of FIFA 17- to determine if your friends and fam are really as football-savvy and skilled as they claim, it might be best not to bother. During the time we tested the feature, it often worked as advertised and often did not. To the point of making us want to slug the first Konami rep we might come across. More, expect to wait near a century for opponents to show up and even if they do most games will invariably be laggy and will occasionally and unexpectedly disconnect you no matter how Hercules-strong is your connection.

PES 2017 feels like a work in progress, rather than an actually finished product out to really take the fight to EA and halt it’s massive sales success. Overall, there is a lot to recommend it over the opposition, but they just are not powerful, addictive and entertaining enough. If you like your football with all the bells and whistles you would be better advised going the EA route for it. If however you like the game with no frills, don’t currently desire online gameplay and want all the emphasis to be towards on-pitch action, then you are in luck mate. Because PES 2017 will take good and footy care of you!

The Pro Evolution Soccer 2017 or PES 2017 is one of the best football games you could play. After the FIFA 17, this game is our recommendation to the soccer lovers.

A technology lover with lots of hobbies like reading, writing, blogging, etc.